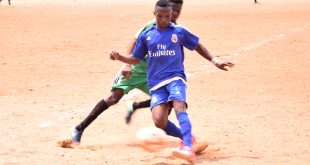 The BEST TALENTS of the Duamenefa Regional Tournament 2019

GHOSTS ON THE RAMPAGE

INTERVENTIONS TO RESCUE A “BLEKETEY” CULT INITIATE IN PICTURES

A follow up on Sunday evening during the “Duamenefa” social intervention program of Fafaa 100.3 Fm revealed that Mr. Victor Amegakpo, the man at the centre of the allegations surrounding the mischievous kidnap of the mentally retarded woman tied and confine to a room in the premises of Accra number 2 residence of the Victor Amegakpo has gone to Jubilee Radio, Keta to narrate different versions of his defence to the allegations concerning him.

The ” Duamenefa” host interviewed Togbi Tsidzagbedzo, who was alleged by Victor as the likely person to have kidnap the woman, his version of revelation was of high interest to the general public. Togbi Tsidzagbedzo claimed in his interview that , he was in Accra when the incidence was reported to him by other occupants of the premises.He claimed that he quickly called the divisional commander of Keta, ACP Alex Amenyo to report same to him for prompt action, he further state that his cousin Victor Amegakpo is associated with issues of ritual murder activities over a long period of time. When asked if he reported such suspicious acts of his cousin to the police, he answered in the affirmative and was quick to add that the Keta Police diivisional commander failed to prosecute the matter, he also recounted his several follow ups to the police station, but his efforts to prosecute his cousin yielded no results. The divisional commander was not readily available to respond to the aforementioned allegations.

To add fuel to his testimony, several local listeners commented on Facebook that they had strongly suspected Victor of such crimes and had even heard Victor was charged in being involved in these type practices also in Nigeria, allegedly.

During the interview with Victor, the previous day of the incidence, he told Ketaman, the host, that he was working with TB Joshua as a personal driver and now the owner of a transport company carrying people between the Synagogue of All Nations in Nigeria and Ghana and that he has never involved or associated himself with ritualist, and that he is a core Christian.

Another occupant of the ” Accra House Number 2 , Dzita, in person of Madam Kokuivi Doris Agbanu when interviewed says, Victor Amegakpo was seen in the premises the very day the woman was found tied and confined, according to her, Victor’s claim of being a Christian is questionable, because never has he attended a local church within Dzita community to suggest that he indeed is a Christian, she further narrates that Victor should be question by the police.

When the Anloga police commander, ASP Dorkunor was contacted, he assure the general public that the police is on top of investigations and he is yet to brief the police chain of command structure, that once that is done, he would brief the public accordingly.

INTERVENTION FOR THE MENTALLY SICK

DONATE TO THE FOUNDATION